During the winter of 2009/2010, heavy snowfall accumulated on the roof of the Jay Lively Activity Center which overstressed the roof structure and caused a complete collapse. This facility is the home for the youth and adult hockey leagues, the NAU hockey club, the figure skating club, and the general ice skating community of Flagstaff. smithARCHITECTS formed a design/build team with Loven Contracting and was selected by the City of Flagstaff to reconstruct this facility with the goal of having the facility operational by the start of the fall hockey season. Our team worked diligently with the City of Flagstaff and their insurance carrier to deliver construction drawings, building permits, and entire facility construction within a five (5) month timeframe. The work consisted of an entirely new steel frame building over the ice rink, new HVAC systems, new electrical and lighting systems, new dasher boards, and new finishes throughout. The entire skating community of Flagstaff now has a brand new facility to call home. 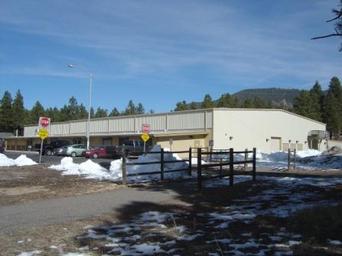